Leonin War Cleric of Mahadeva, warrior of the Shivakula of the Dunes

A 6’ 8" tall Leonin who wears gleaming, stylized plate mail covered in mandalas and script dedicated to Mahadeva, weilding a hooked halberd with furled banner which can be deployed in battle.
She carries the full ceremonial armaments of a war cleric; trident, longbow and battleaxe all marked or engraved with the symbols of her faith.
Her demeanor is generally neutral, yet in her blue eyes is the promise that she will bring the full depth of her abilities and courage to defend that which she is sworn to protect, and those who stand among her allies. 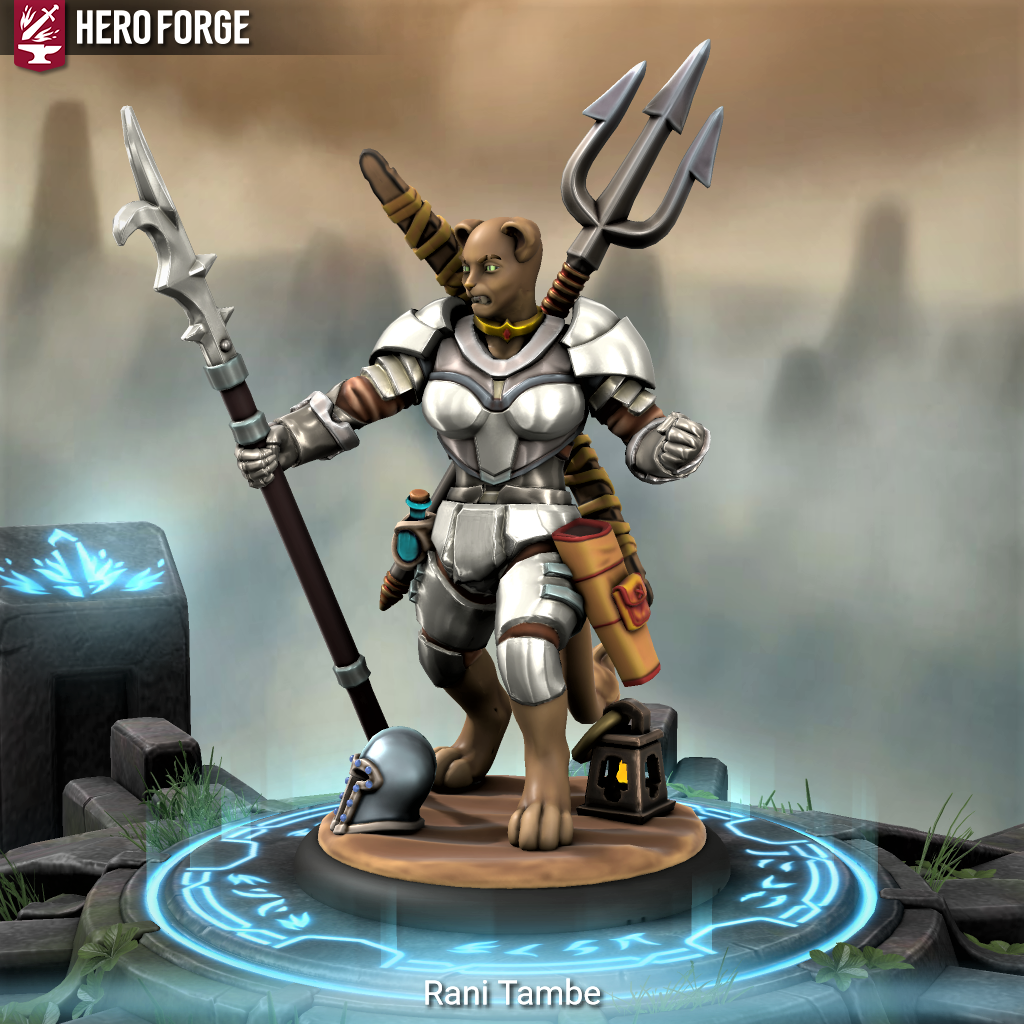 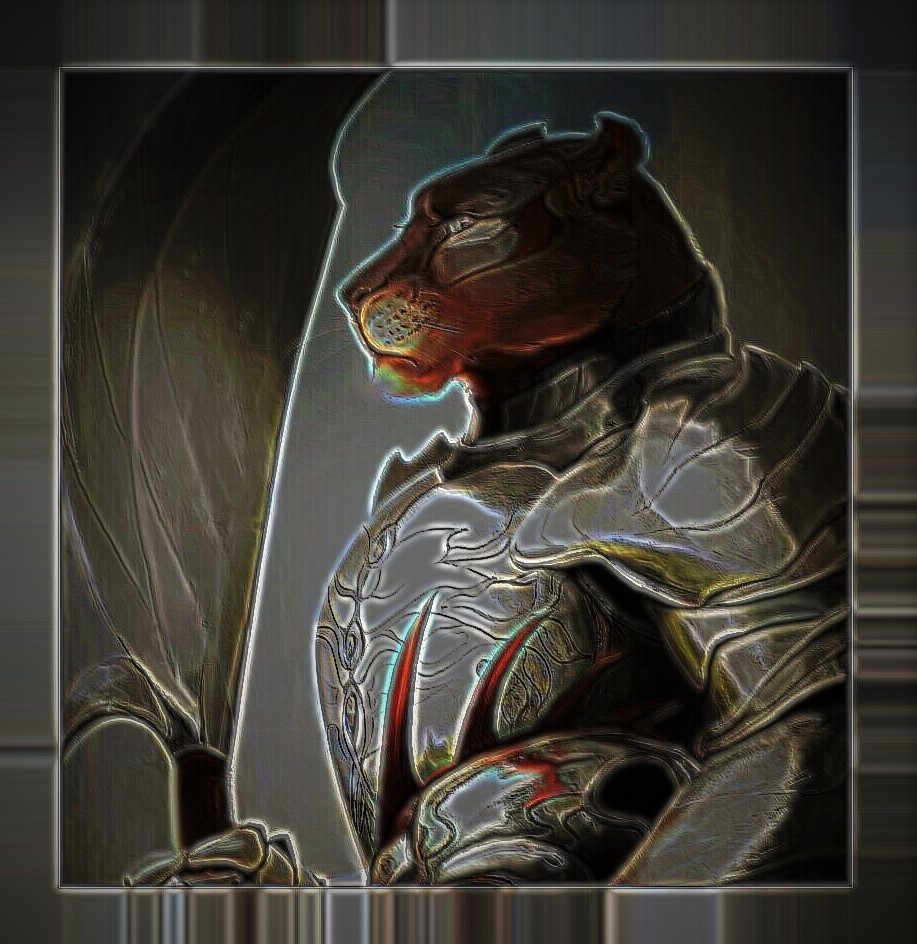